Today another second grade class (a different class came yesterday) from West Seattle Elementary had a fabulous time learning about the Market – in the cold, yikes! It was a beautiful day, though, with plenty of exciting times for all. One group started out and became really interested in watching the biscuit making process (and the hard work involved) at Honest Biscuits: 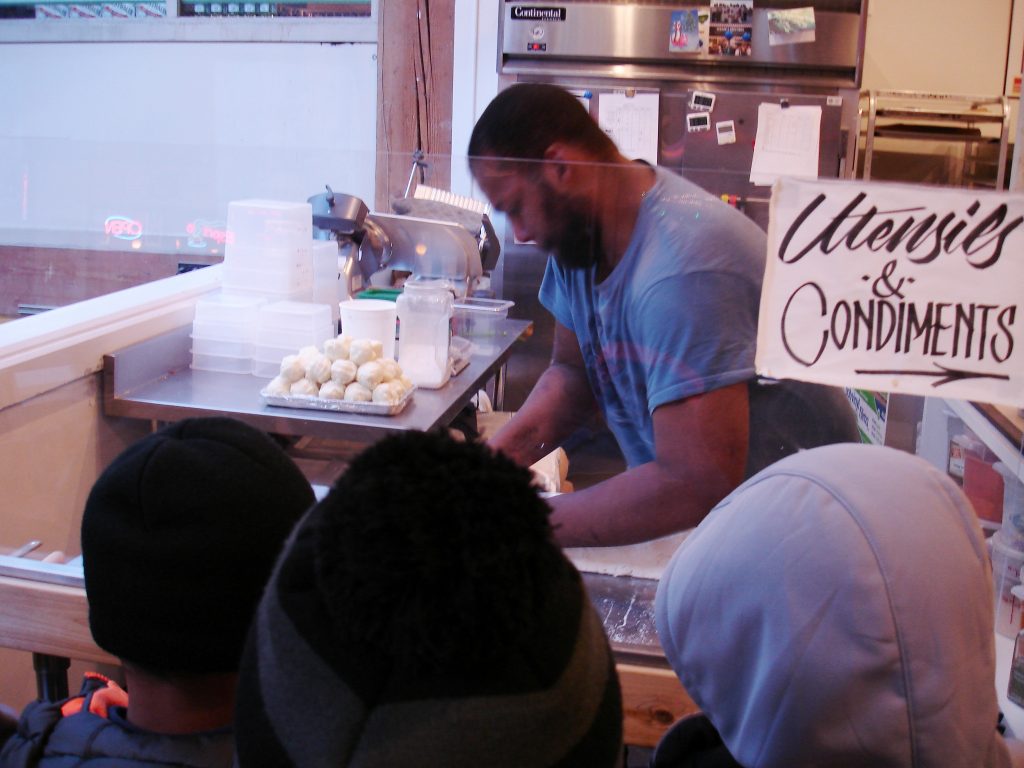 As they headed off to explore the North Arcade, with all its daystalls, highstalls, and other businesses – they were offered some chocolate linguine (uncooked) at Pappardelle’s Pasta. There was some interesting conversation around what kind of sauce/topping would taste best with it: 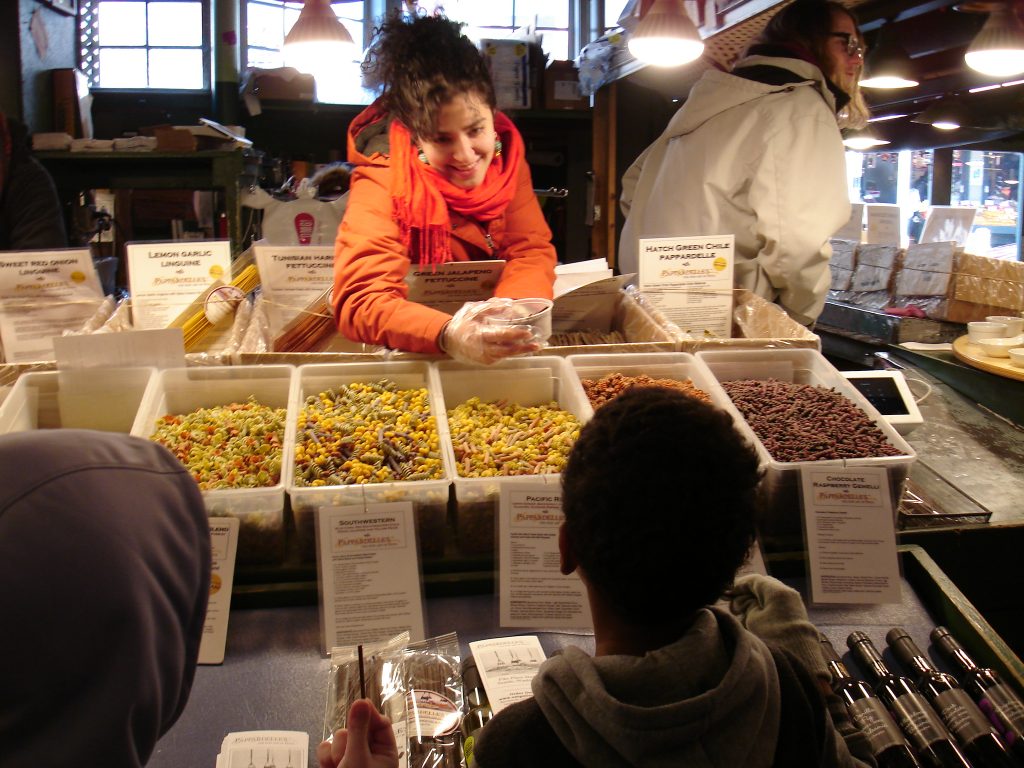 Later on they sampled some pickles at Britt’s Pickles. They were pleasantly surprised, and thought they were “pretty good”. High praise from 7 and 8 year olds. 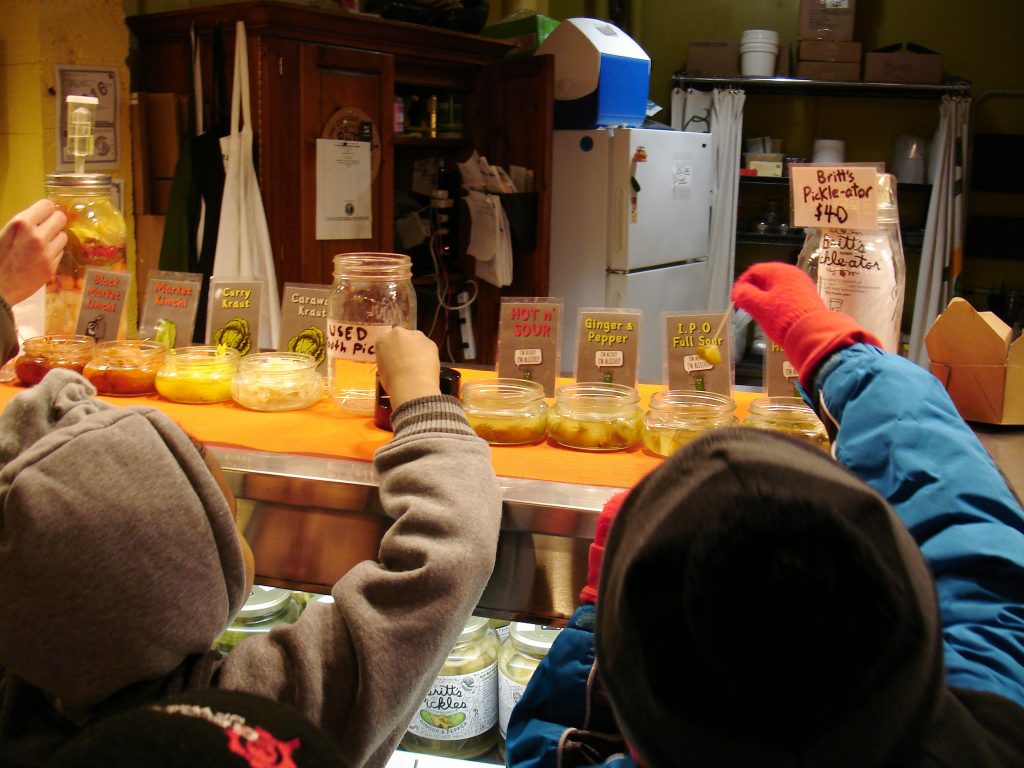 As the group was about to head up to the Market Classroom for lunch, they were offered a tasty dried apple at Simply the Best – yum! 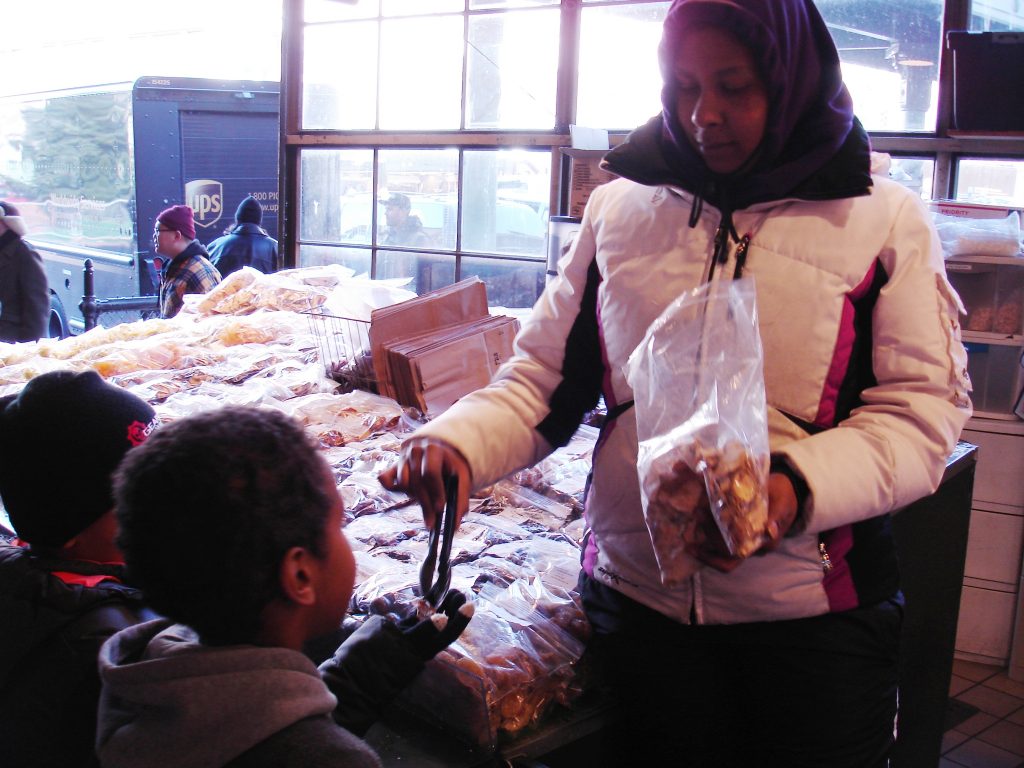