A third grade classroom from View Ridge Elementary School had a fantastic time learning about the Market today. One group didn’t get very far in the explorations and assignments before becoming entranced, and grossed out, by the monkfish at Pike Place Fish: 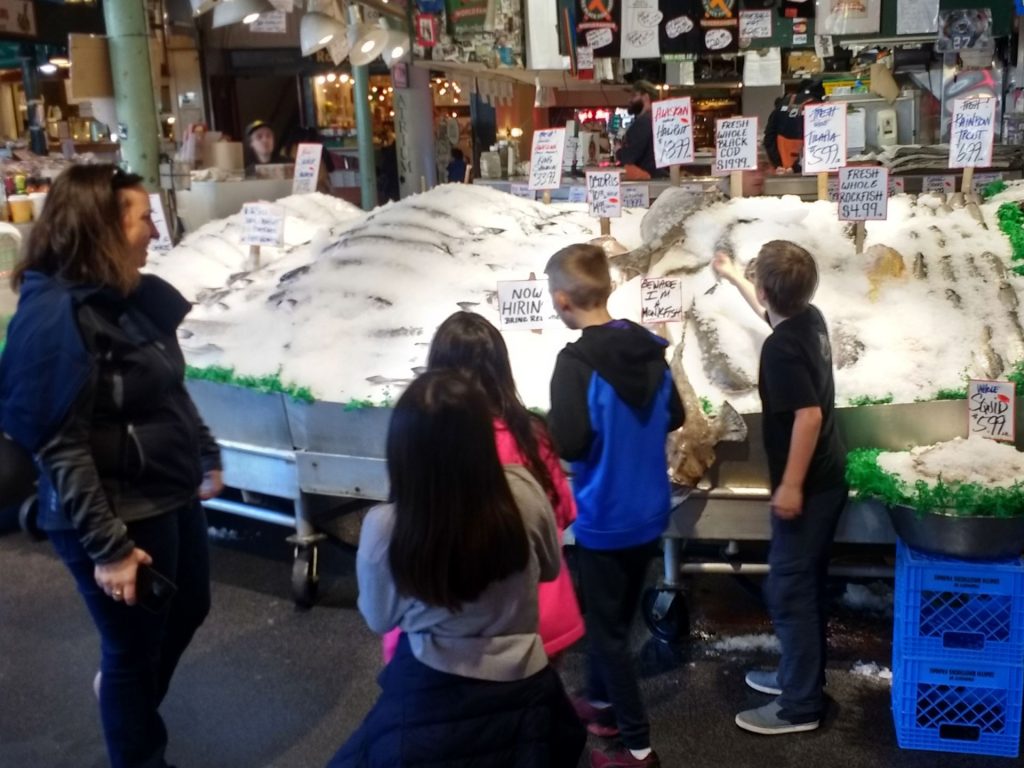 This group later paid a visit – and made a contribution – to Billie (Rachel’s cousin) the Piggybank. Between them, Billie and Rachel raise about $25,000 a year to support social services at the Market! 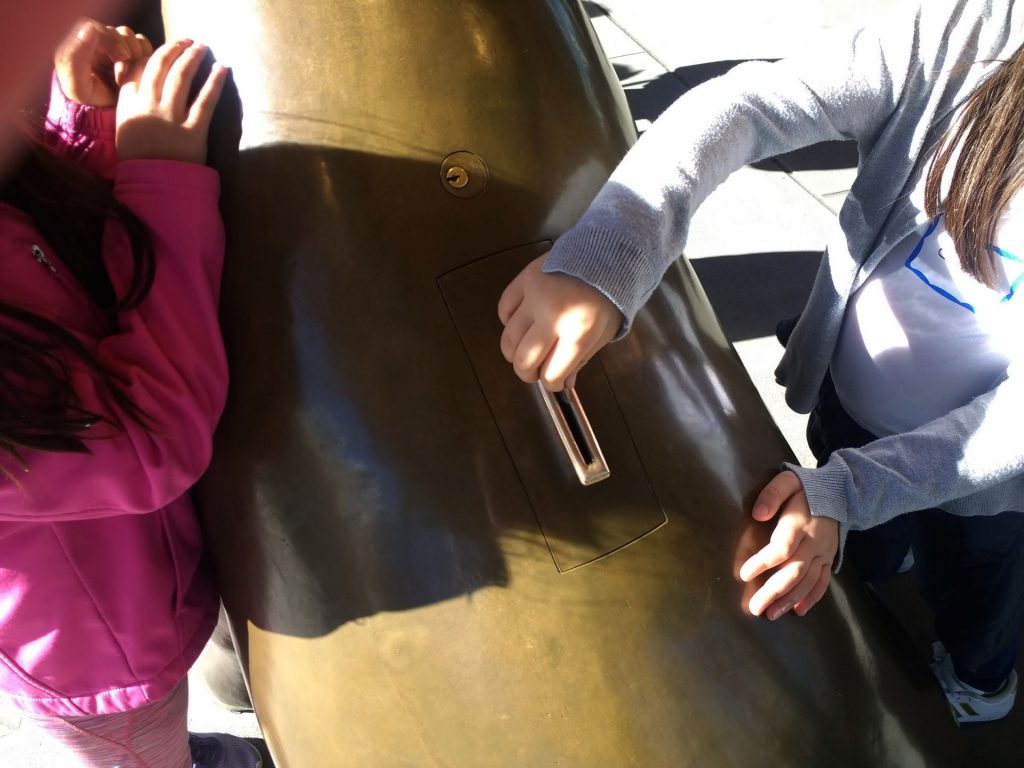 Back across the street, they were offered a tasty plum sample at  Choice Produce – yum, and thanks! 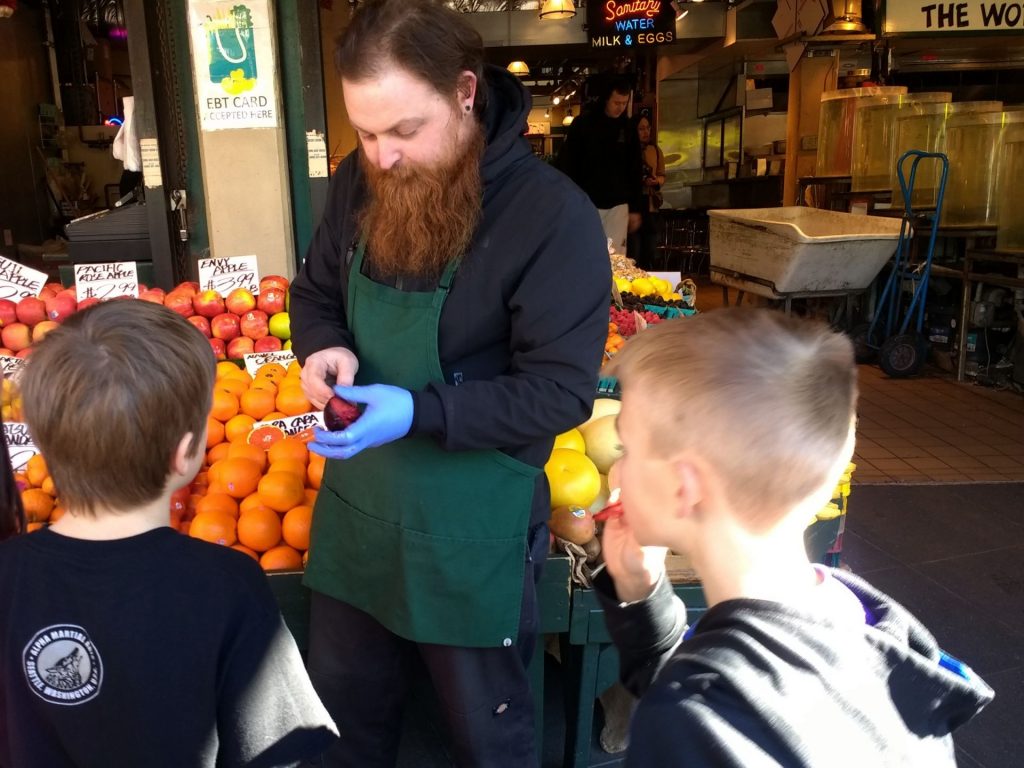 During a trip “down under” to the Magic Shop in the Market, they watched Jonathan do an invisible magic trick. Yes, you got that right – there was nothing to see. But when he read their minds to produce the actual card they had secretly chosen in the “invisible” trick – well you just had to be there – amazing!! 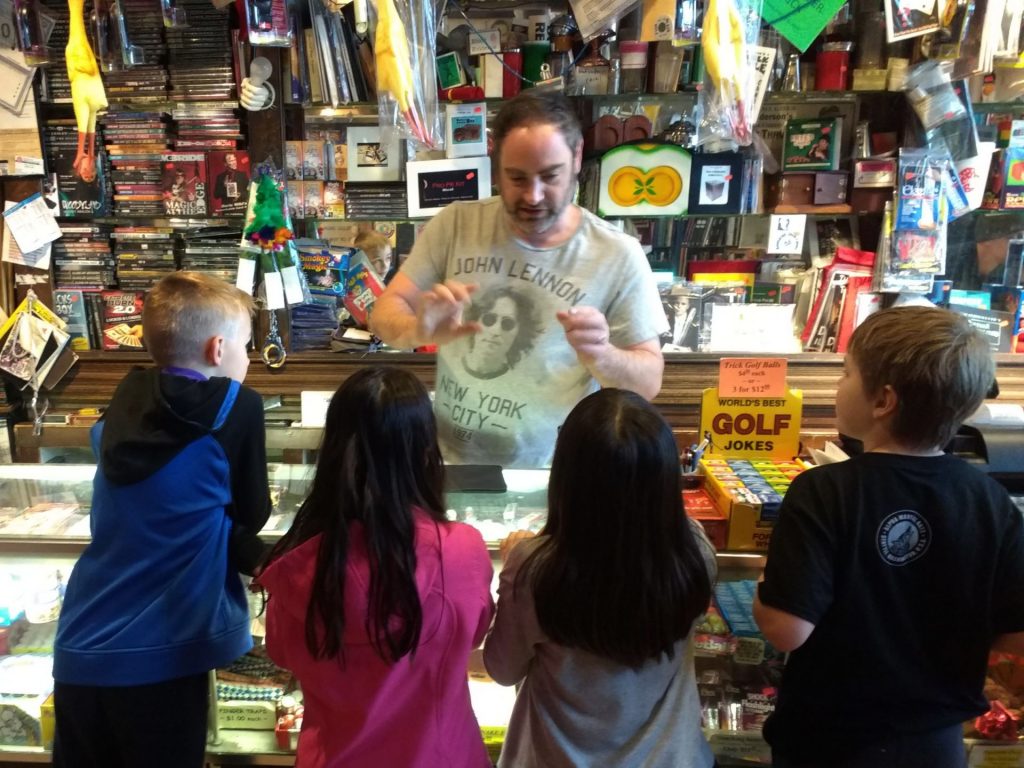