A classroom of third and fourth graders from Sacajawea Elementary School learned about the Market today, paying particular attention to some of its businesses. One of the first stops was the wildly successful Daily Dozen Doughnuts. Watching the doughnut-making machine in action is always a treat: 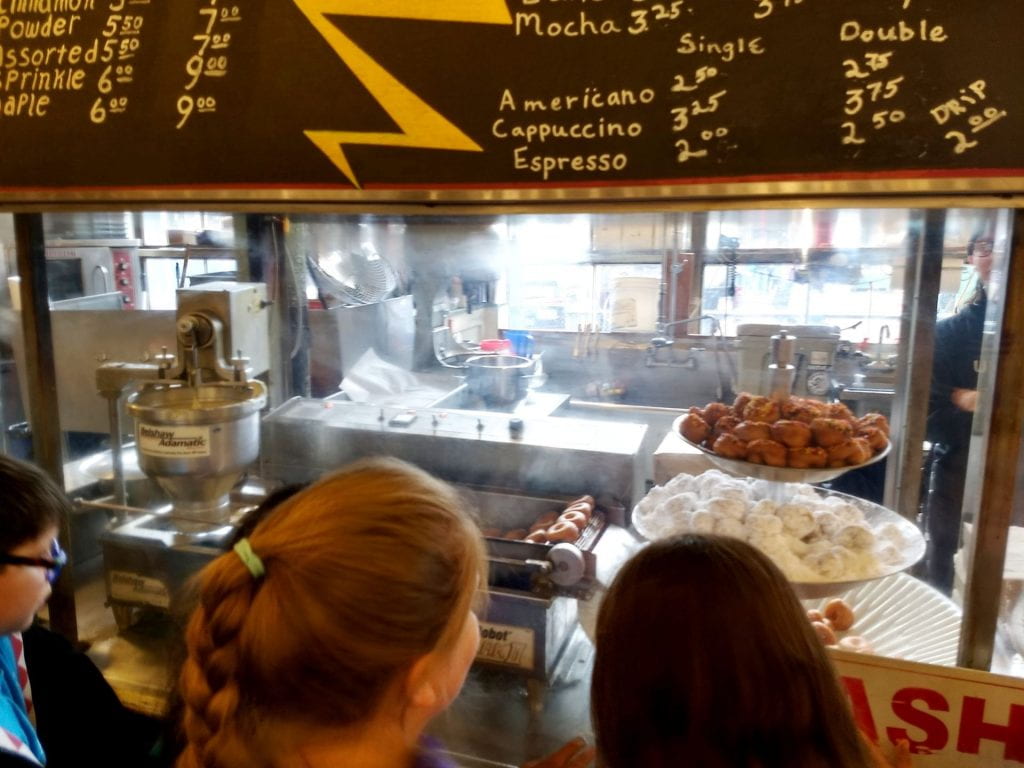 A later stop, at Woodring Orchards, brought up the idea of attracting customers to have a successful business. One way, of course, is by offering product samples – yum! 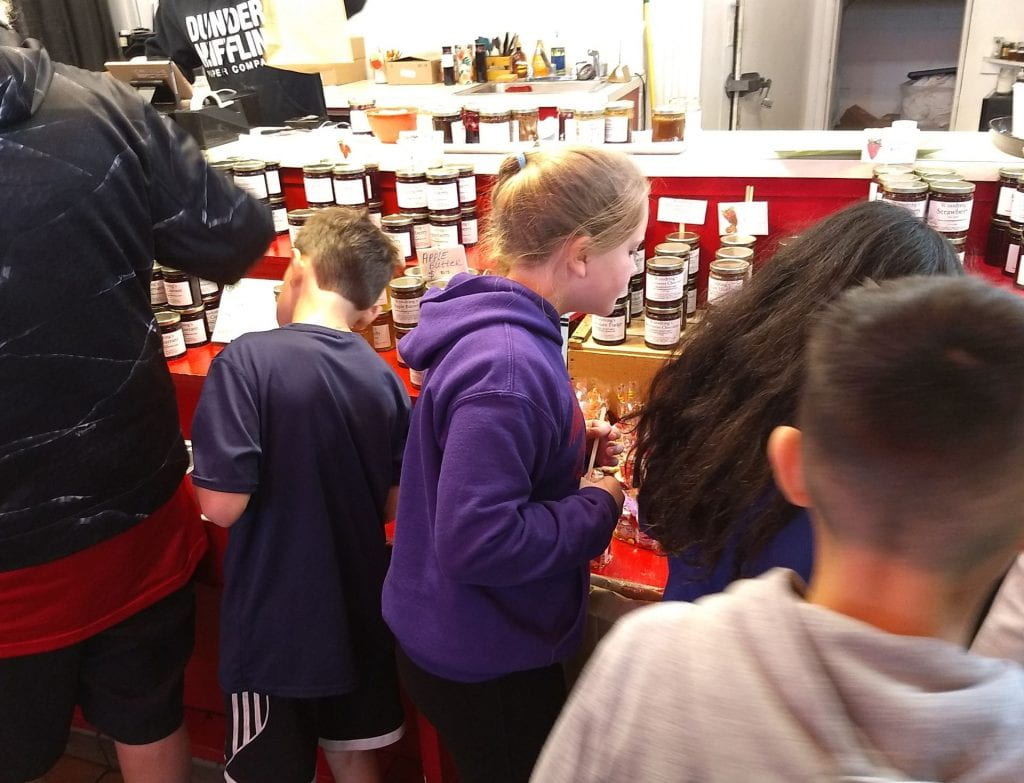 One of the longest running businesses in the Market is the Magic Shop in the Market – now approaching 50 years! Jonathan offered them another kind of sample: Magic! 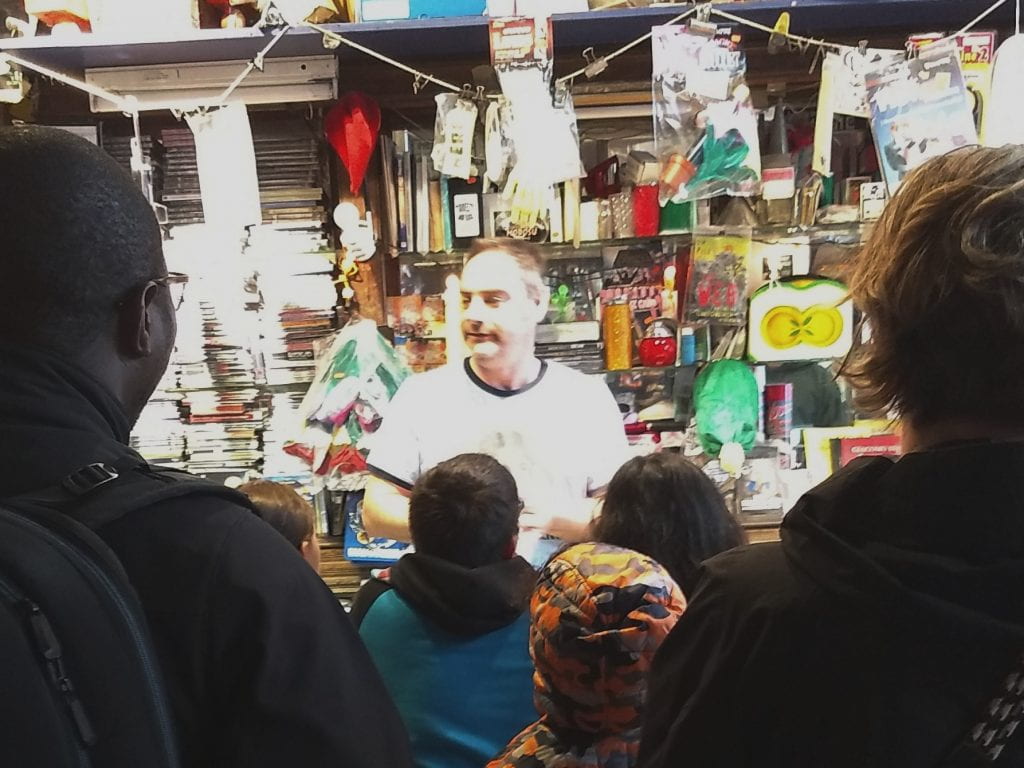 As the tour wound toward an end, there was one bit of business the group wanted to attend to. First, they had to load up, at the the amazing gumball machine at Golden Age Collectables: 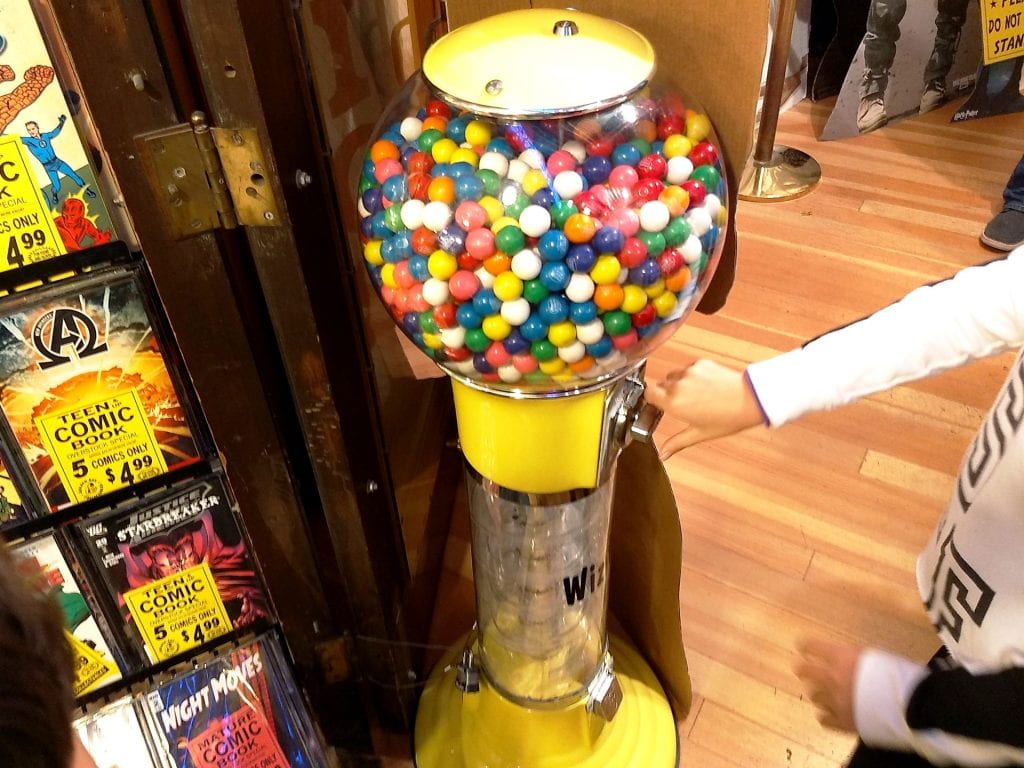 Once the gum was soft and sticky, it was time for a trip to the world famous Gum Wall. Now, the wall was recently cleaned (happens once a year), but that was not an issue. What turned out to be harder than expected was actually getting the gum to stick to the wall. There were theories… was an anti-stick coating put on the wall, or what? It turned out, what was needed was a heavy duty, two-handed application. That gum is not going anywhere: 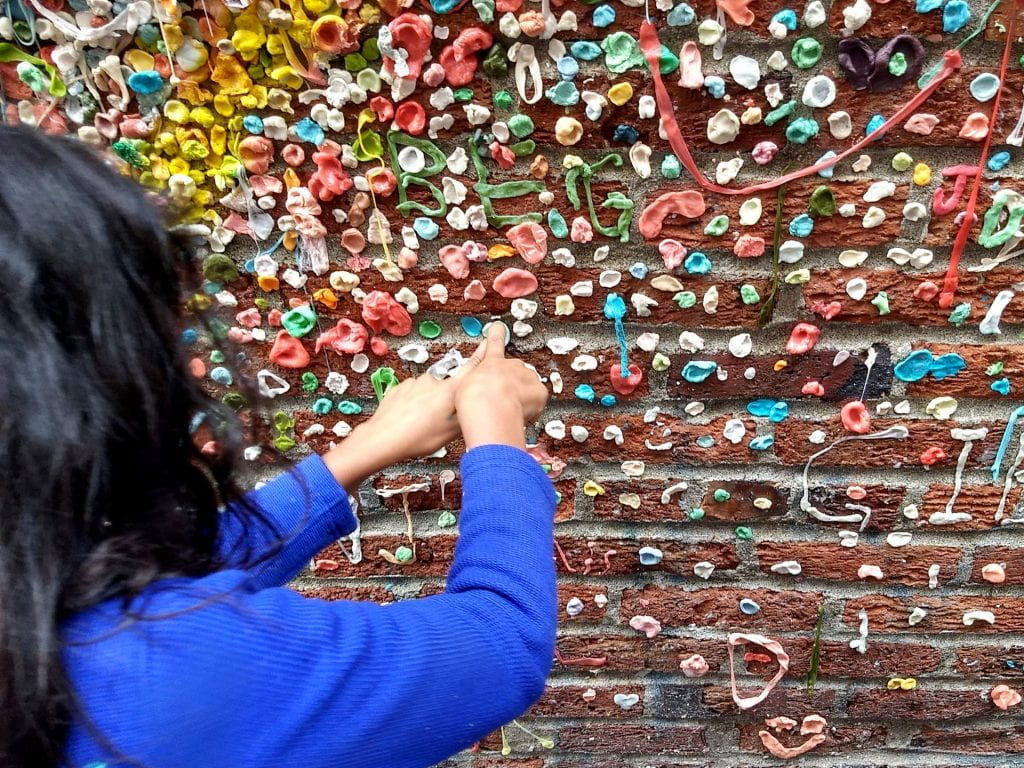