Today an eager classroom of third graders from St. Anne School visited the Market. Usually, these posts just follow one small group through the Market, but below are three of the five classroom groups, led by our fantastic Tour Leaders for 2015-16.

Scott is the Director of the Market Education Program, and stopped with his group early on at Daily Dozen Doughnuts to explain the amazing doughnut machine: 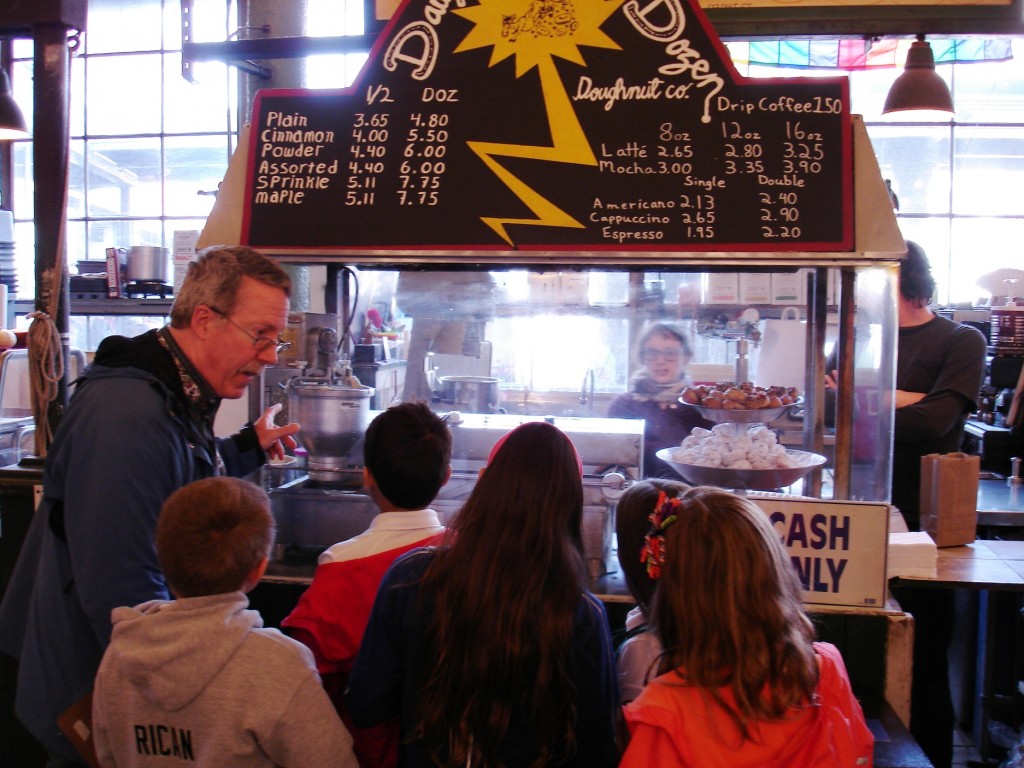 Shortly after that, Scott took them into Tenzing Momo and demonstrated how to make the Tibetan Singing Bowls “sing”:

Megan’s group visited the fascinating Ravens Nest Treasure and later led her group along Pike Place, on the way to  Piroshky, Piroshky: 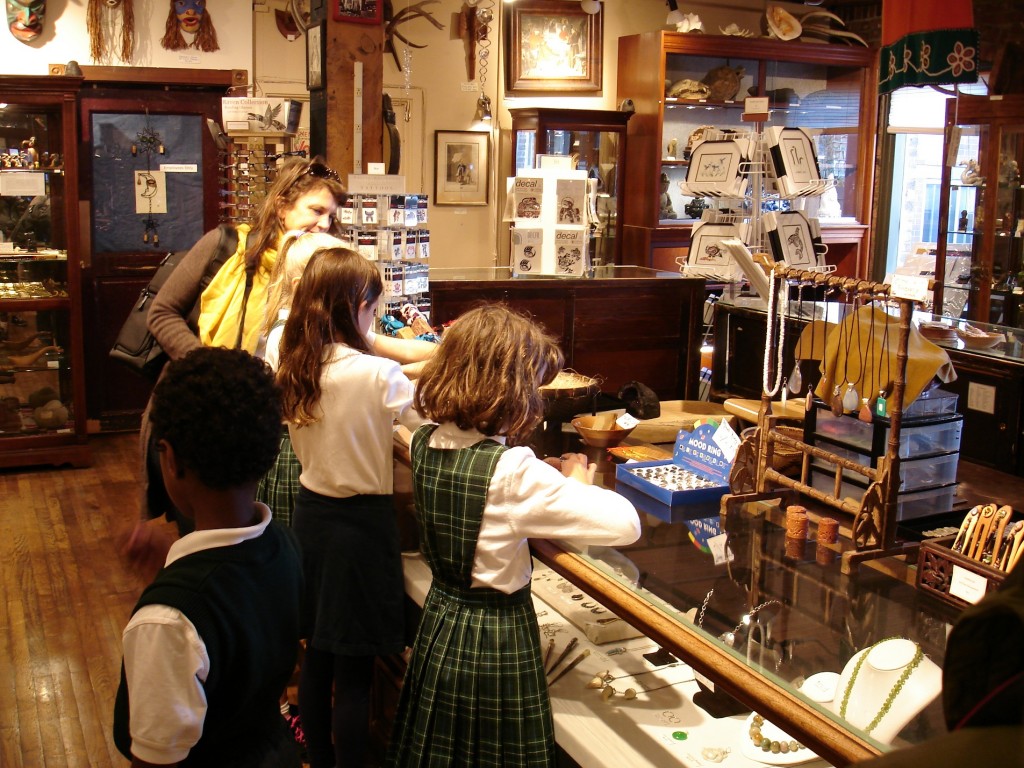 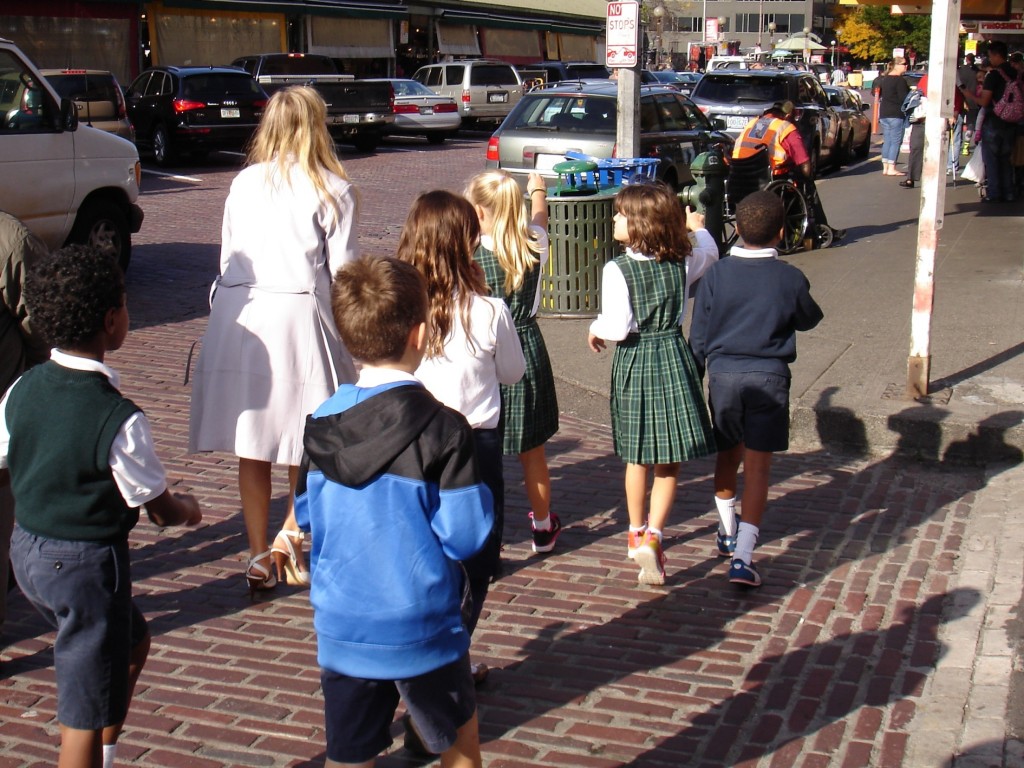 Part of the assignment for each group is a food scavenger hunt, looking for a food starting with each letter of the alphabet. Surprisingly, one of the hardest letters to find is “U”. Katrina’s group made quick work of it at this sushi stand: 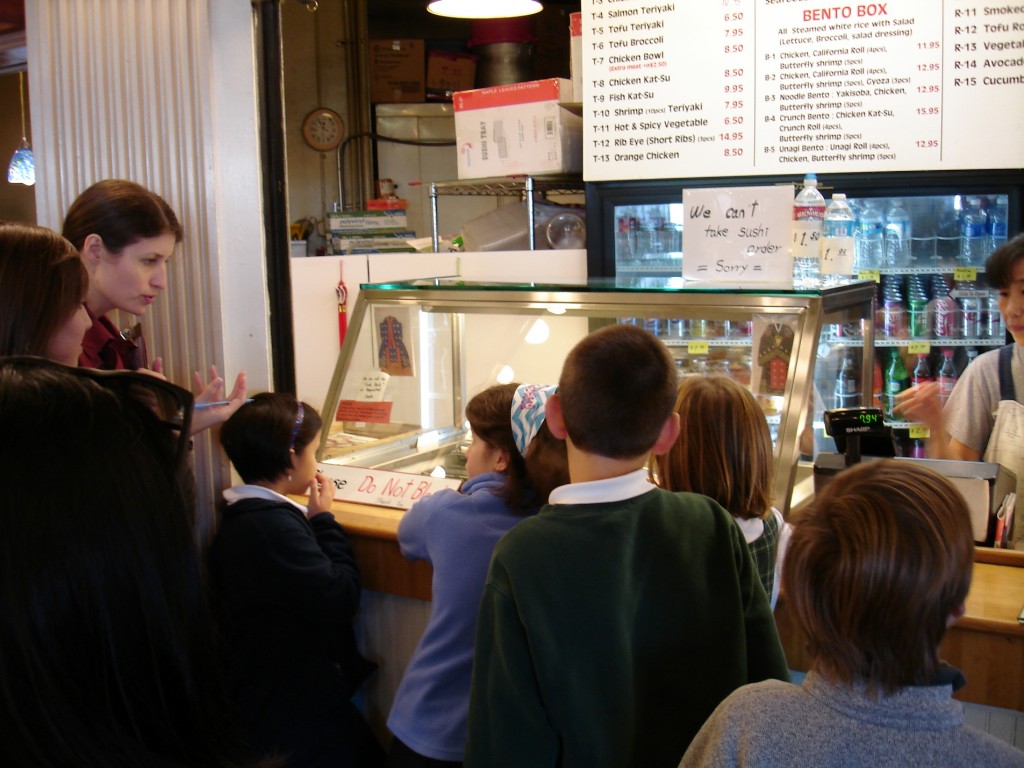