A second grade classroom from McGilvra Elementary had a wonderful time at the Market today. One small group started out with a visit to Don and Joe’s Meats, where there were some interesting cuts of meat, to be sure (note tongue sticking out)… 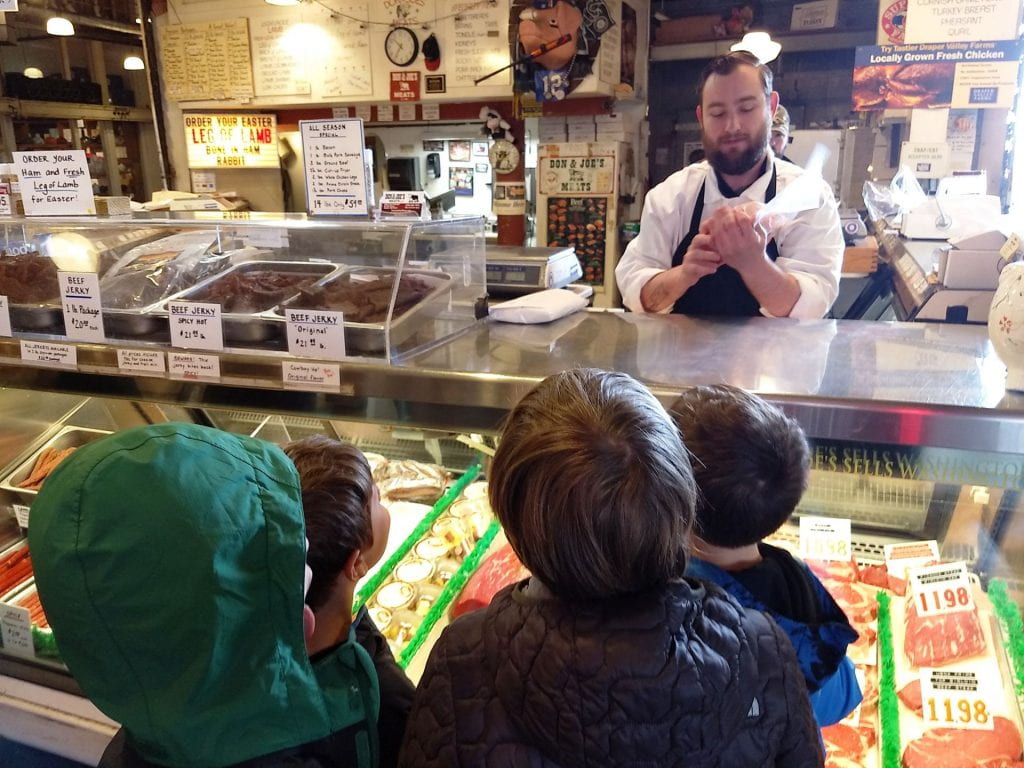 Just a few steps away , they found the display at Pike Place Fish pretty interesting – and not quite so gross 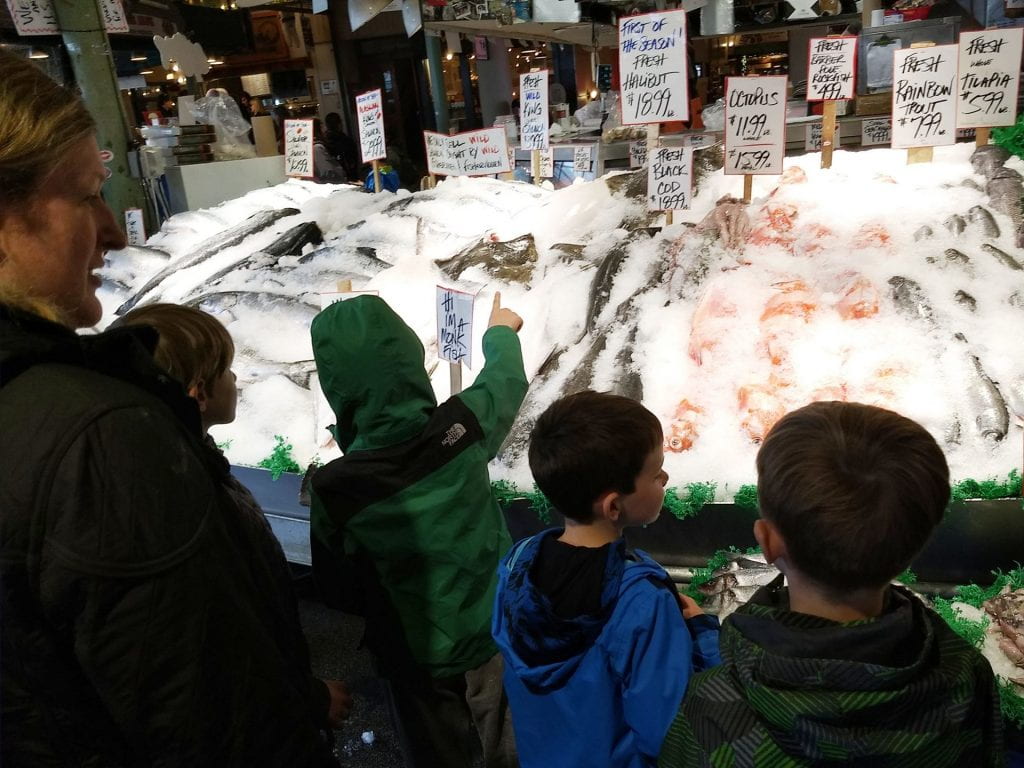 Great stuff, but by far the most memorable time for this group of five boys was their visit to Golden Age Collectables, where Steve took them right away to the main comic book aisle, for some practicing of where hands CAN go (not on the comics, ahem): 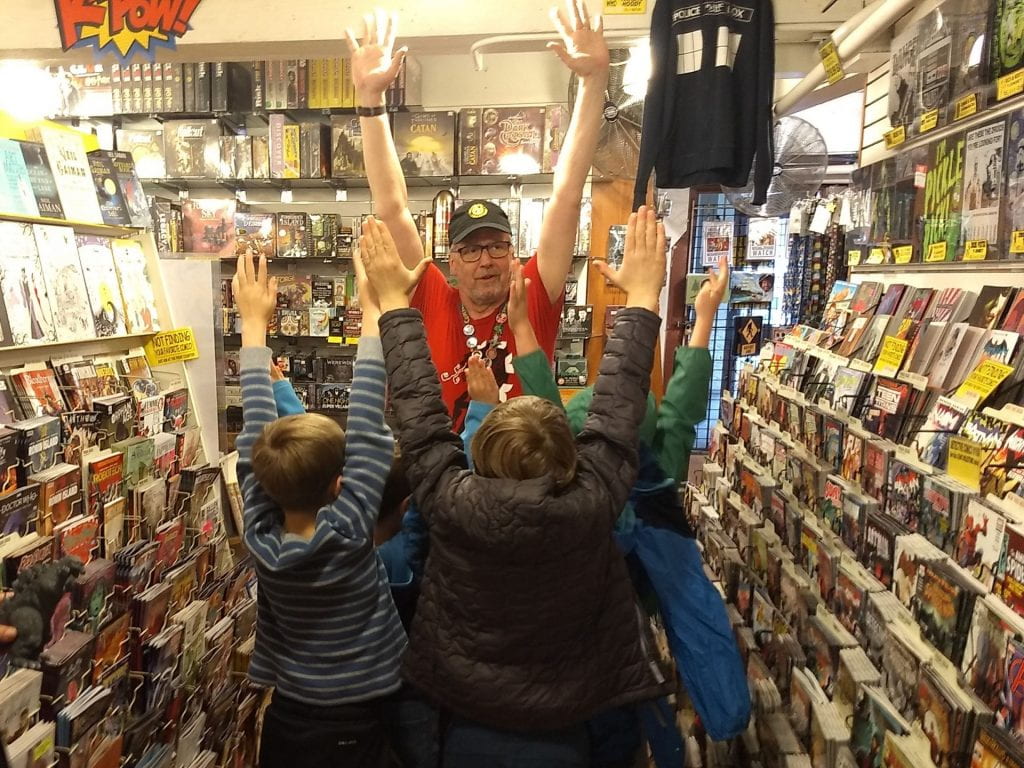 Next was a visit to look at and learn about Star Wars action figures, and an introduction to the concept of supply and demand 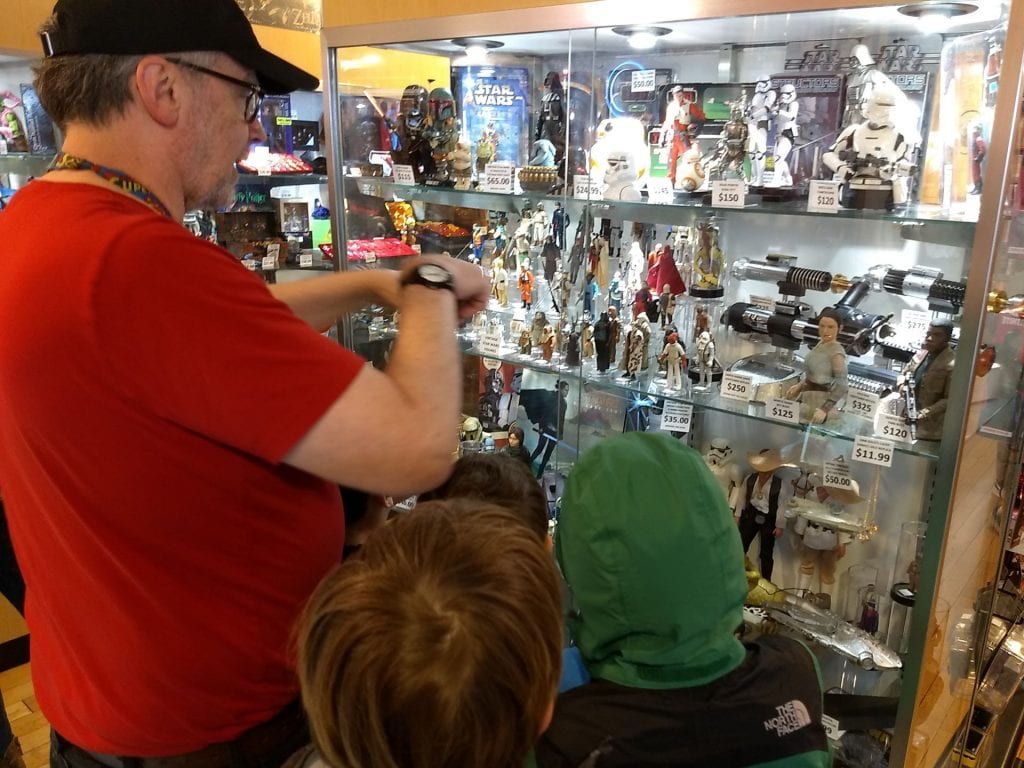 In the Manga aisle, they learned a few words of Japanese, in the event they ever had an encounter with Godzilla 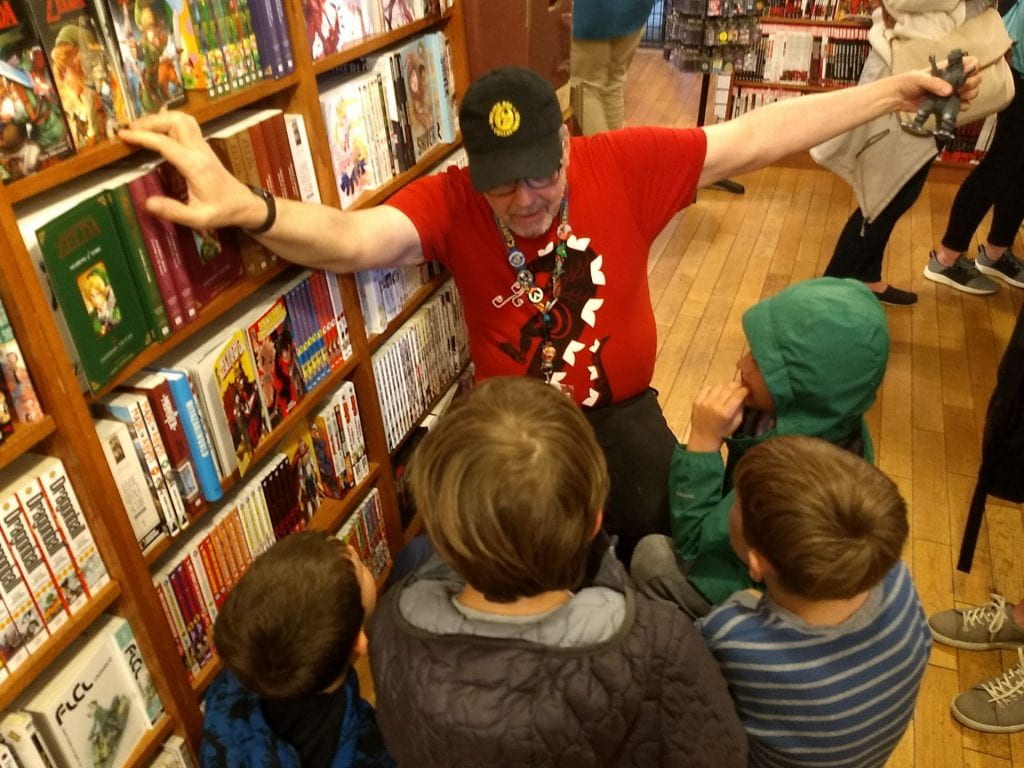 And then they had a chance to practice screaming the warning AS LOUD AS THEY COULD! 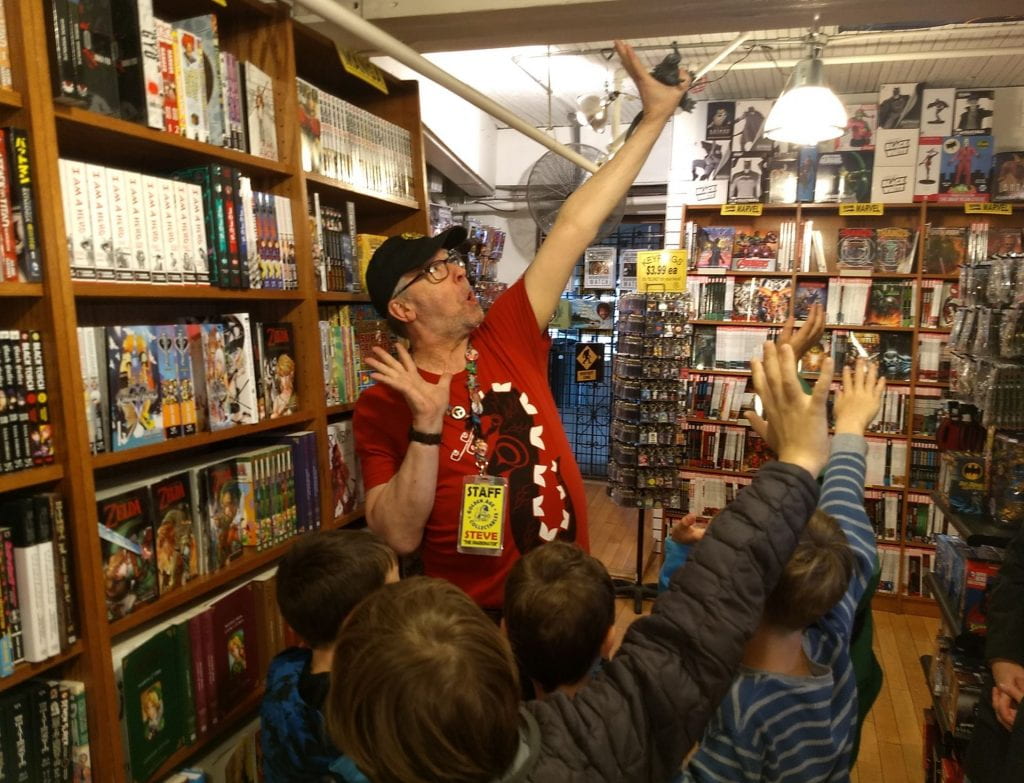 Here’s Steve in action with a group a few years ago: